These are the #SkinChat by CeraVe campaign, which won the Silver Award in the Fashion and Lifestyle category, and the SAMAS Association, with its campaign, Each Cub with Their Own Milk, which won two Silver Awards in the Communication in Medical Sector and Budget-, Creativity+ categories.

In 2020, Minio Studio was the most awarded independent local agency, winning 14 awards at local and regional communication festivals, such as the Effie Awards, the Festival of Media, Webstock, the Market Awards, and the Romanian PR Award. 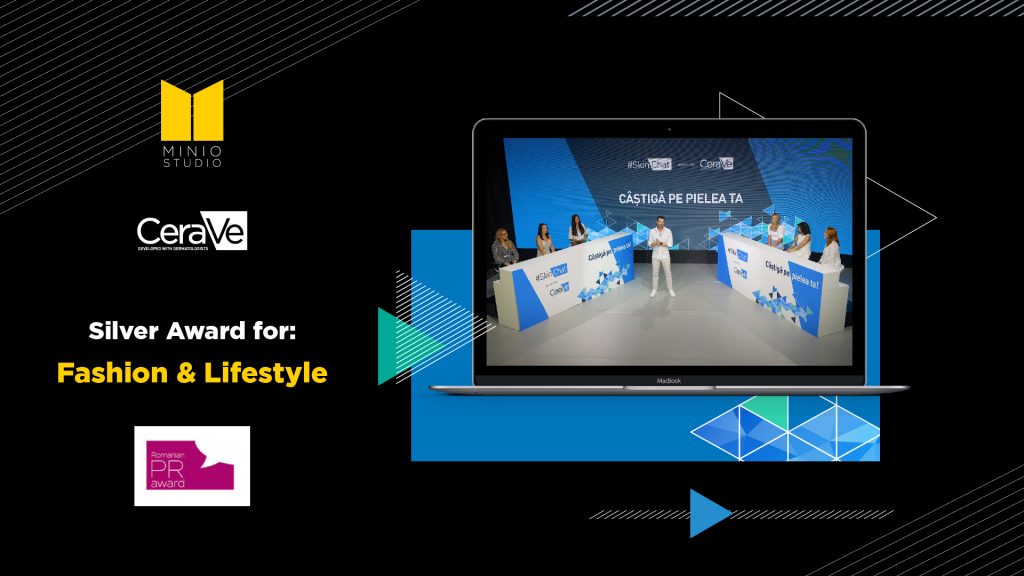 In 2021, CeraVe conducted a study in 23 countries, including Romania, on how skincare routines changed during the pandemic. For Minio Studio, the challenge was finding a way to present the information in a manner that was both useful and relevant for the consumers. In an environment mainly dominated by short content, Minio and CeraVe have created #SkinChat, a 45-minute broadcast format. The information was presented in the form of news, talk shows, and contests – along with dermatologists, celebrities, and content creators.

You can see the project here: dev.minio.ro/portfolio-item/skinchat-by-cerave

SAMAS ASSOCIATION – EACH CUB WITH THEIR OWN MILK 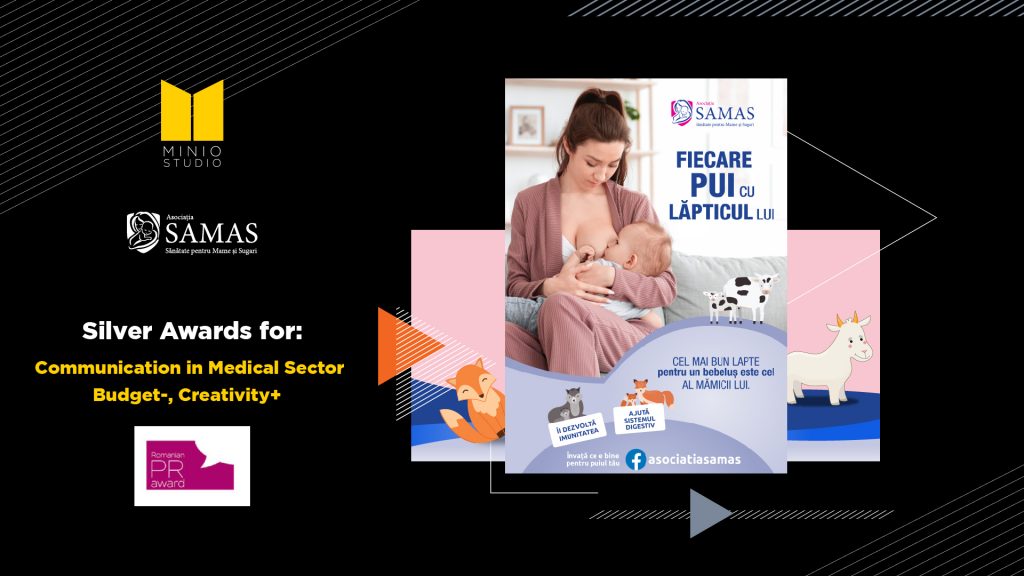 In Romania, motherhood and breastfeeding are still controversial topics. Unfortunately, the lack of an open dialogue on these subjects results in misinformation and speculation, which is why 24% of parents nurse their babies with milk of animal origin in the first 6 months of life, which exposes their children to developmental problems.

In a country that is skeptical of any information from the authorities, Minio Studio has approached the communication of scientific information in a way that is as friendly as possible to the general public, without assuming the role of a condemning and know-all expert.

The agency, inspired by the way mothers pamper their babies as cubs, realised that each animal has different nutritional needs that can only be fulfilled through milk that comes from their own species, and the same is true for babies. In other words, Each cub with their own milk!

The campaign involved 4 specialists who developed educational content. In addition, we developed interactive digital assets and materials that invite a to dialogue.

You can see the project here: dev.minio.ro/portfolio-item/fiecare-pui-cu-lapticul-lui

In 2022, Minio Studio celebrates 6 years of activity on the market and aims to surprise the industry with new projects, which will stand out through results and performance.

Cristiana Pana, Minio Studio: “The difference between the pandemic and the crisis in Ukraine was that this time we were no longer taken by surprise, we already had an exit plan”

The Digital Nomad: How Flexibility Works in Advertising Agencies

This website uses cookies to improve your experience while you navigate through the website. Out of these cookies, the cookies that are categorized as necessary are stored on your browser as they are essential for the working of basic functionalities of the website. We also use third-party cookies that help us analyze and understand how you use this website. These cookies will be stored in your browser only with your consent. You also have the option to opt-out of these cookies. But opting out of some of these cookies may have an effect on your browsing experience.
Necessary Always Enabled
Necessary cookies are absolutely essential for the website to function properly. This category only includes cookies that ensures basic functionalities and security features of the website. These cookies do not store any personal information.
Non-necessary
Any cookies that may not be particularly necessary for the website to function and is used specifically to collect user personal data via analytics, ads, other embedded contents are termed as non-necessary cookies. It is mandatory to procure user consent prior to running these cookies on your website.
SAVE & ACCEPT