Let’s find out what the Ipsos Global Predictions for 2022 report has to say about Romanians!

Ipsos has released in December the results of their Global Predictions for 2022 research conducted in 33 countries, Romania included. It probes the attitude towards the following topics: Covid-19, Environment, Economy, Society, Technology, Global Threats and Outlook for 2022.

We are going to focus on what Romanians’ attitudes are and find out possible reasons for them. 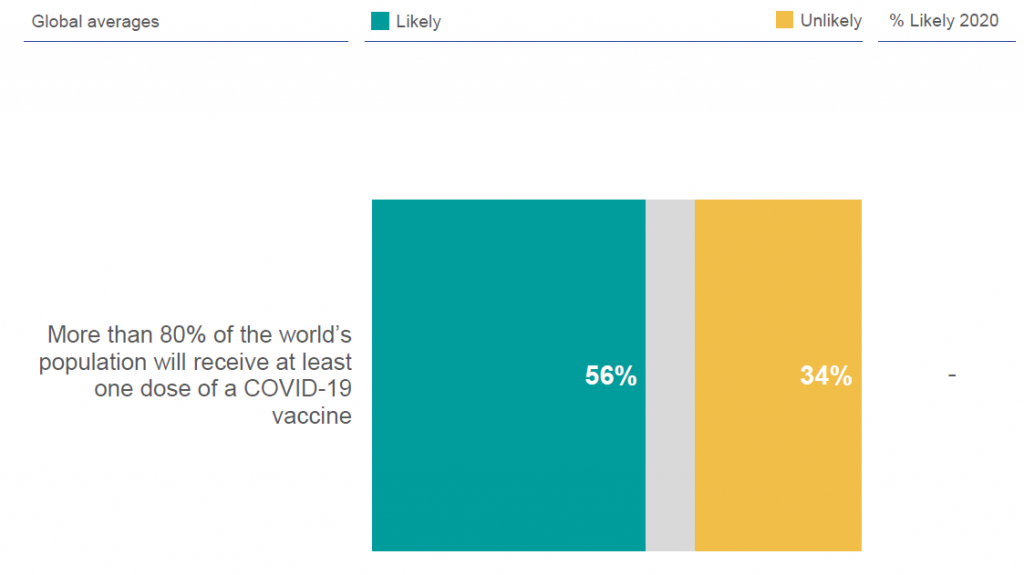 Only 41% of Romanians consider a likely outcome that more than 80% of the world’s population will receive at least one dose of vaccine. 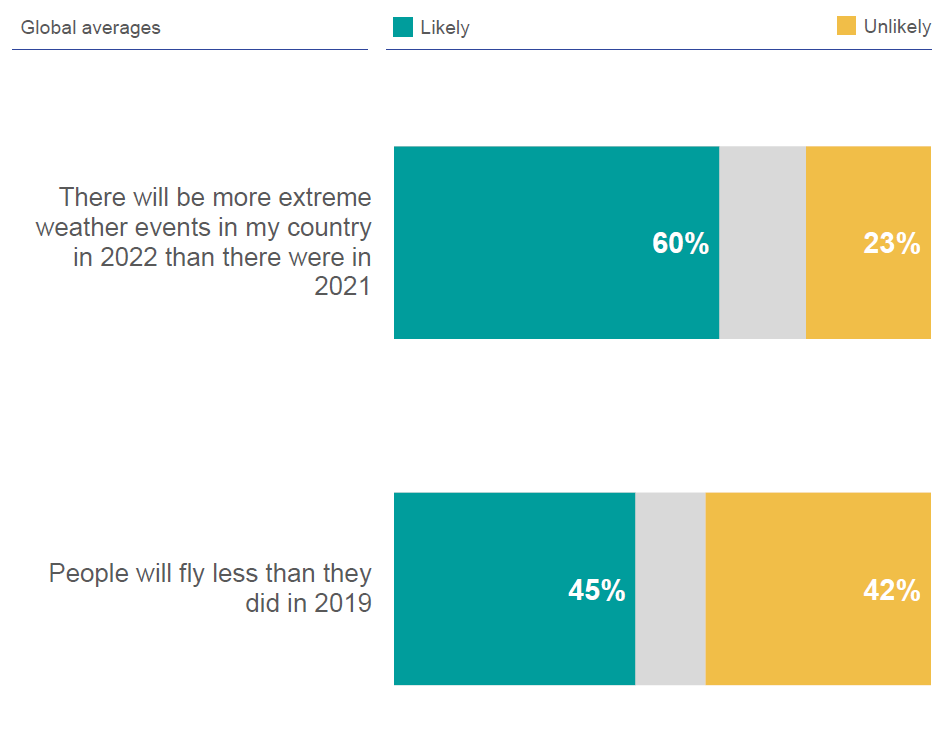 57% think it is likely there will be more extreme weather events in their country in 2022, with only 27% considering it unlikely. 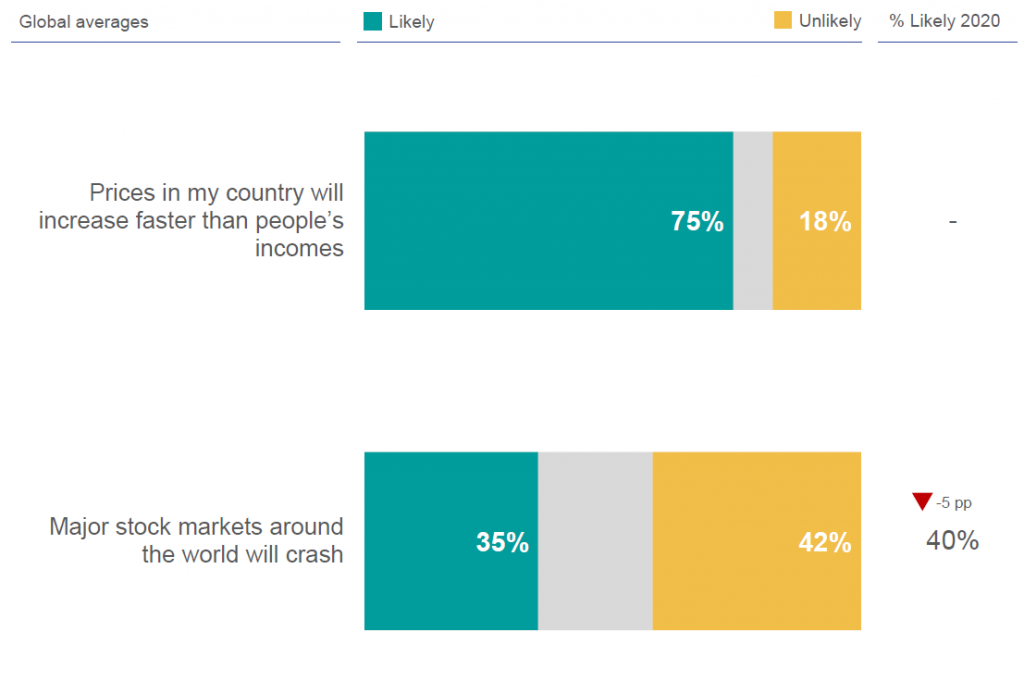 85% think their income will increase slower than the prices in their country, ranking 5 out of the 33 participating countries.

33% consider a likely event that stock markets around the world will crash. 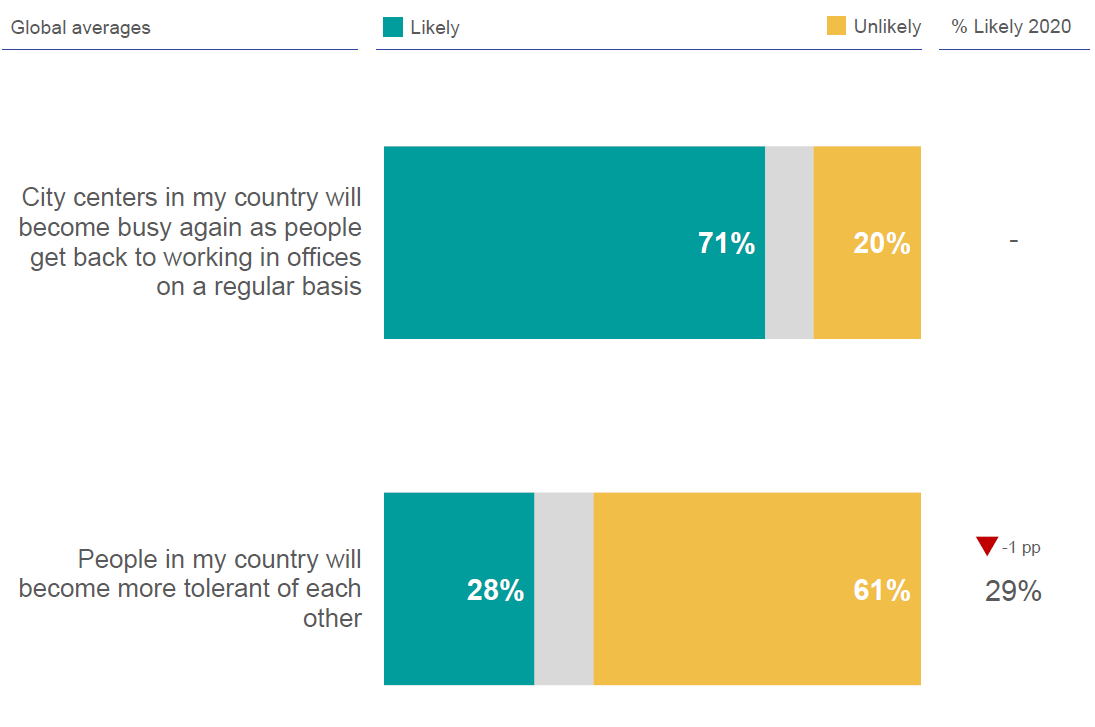 68% think it’s likely that city centers in their country will become busy again as people get back to working in offices on a regular basis, while 23% think it’s unlikely.

Only 18% think people in their country will become more tolerant of each other, while 69% think it is unlikely. 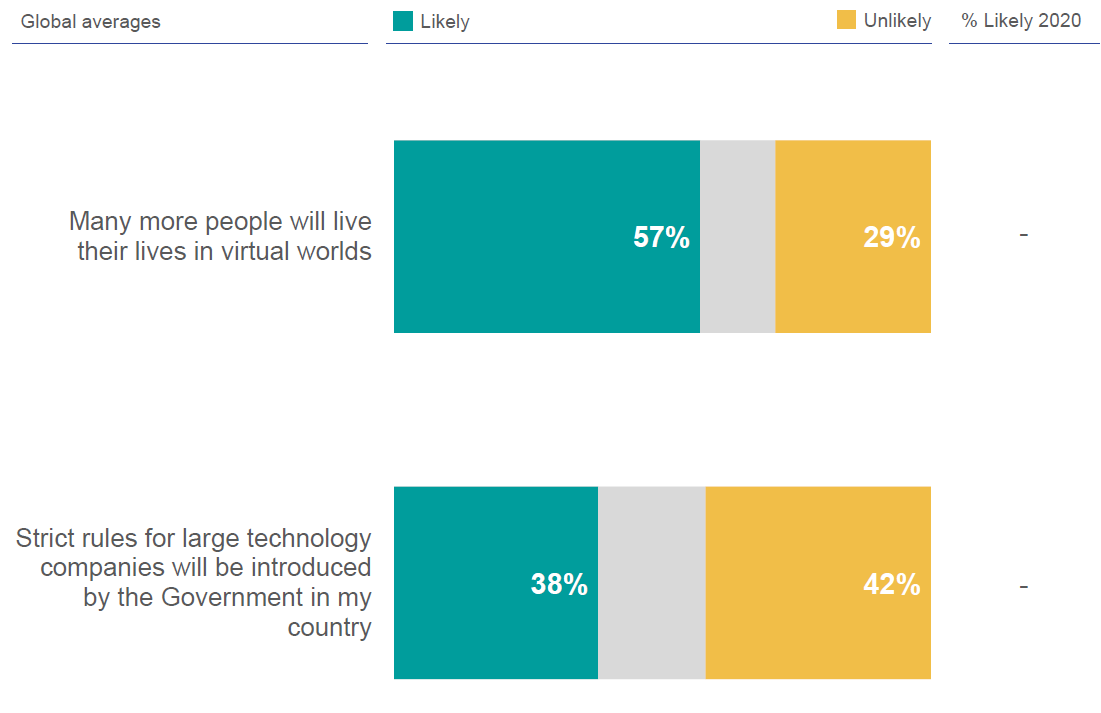 59% of the Romanians consider it likely that many more people will live their lives in virtual worlds, while 31% think the opposite.

Only 27% consider a likely that their government will introduce strict rules for large tech companies in 2022 with 48% thinking the opposite. 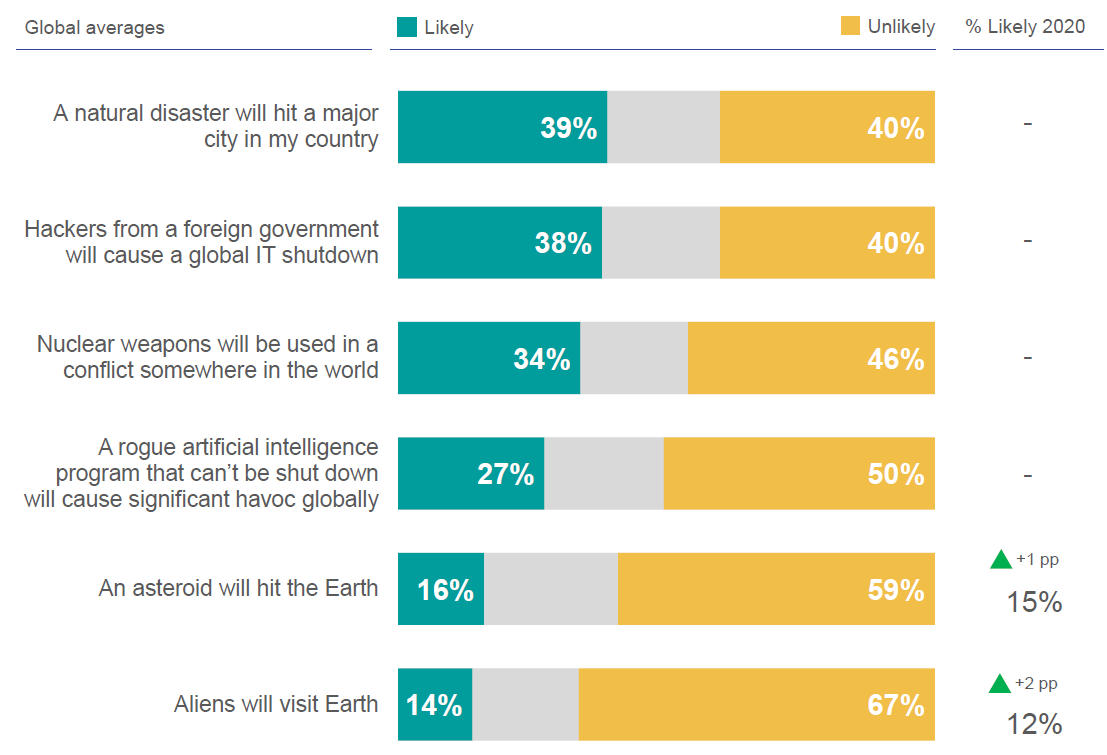 Only 27% consider a likely event that a natural disaster will hit a major city in their country, compared with the 44% thinking the opposite.

38% consider a likely event hackers from a foreign government causing a global IT shutdown, while 36% think the opposite.

Only 29% think it is likely that nuclear weapons will be used in a conflict somewhere in the world, while 47% think differently.

24% think it is likely that a rogue artificial intelligence program that can’t be shut down will cause significant havoc globally, while 54% consider it to be unlikely.

62% think it is unlikely that An asteroid will hit the Earth, while only 12% of them think it may happen.

17% think aliens visiting Earth is a likely event of 2022 while for 57% of them it is an unlikely event.

89% think that 2021 was a bad year for their country, the TOP country on the list, while the global average is of 77%

88% will make some personal resolutions to do some specific things for themselves or others in 2022, way over the average of 75%.

The Ipsos report draws the portrait of a Romanian deeply affected by the Pandemic, scoring on the pessimistic side of the spectrum in most of the areas regarding the past, a really prudent one about the economic near future but somehow tries to be moderately optimistic regarding the future. The main issue they have at the moment is anything economic related, understandably for a country in the bottom half of EU wages levels.

You can read the full report and its methodology here: IPSOS

Marius Marin attended several advertising conferences in 2022 so he can tell you all about them!

This website uses cookies to improve your experience while you navigate through the website. Out of these cookies, the cookies that are categorized as necessary are stored on your browser as they are essential for the working of basic functionalities of the website. We also use third-party cookies that help us analyze and understand how you use this website. These cookies will be stored in your browser only with your consent. You also have the option to opt-out of these cookies. But opting out of some of these cookies may have an effect on your browsing experience.
Necessary Always Enabled
Necessary cookies are absolutely essential for the website to function properly. This category only includes cookies that ensures basic functionalities and security features of the website. These cookies do not store any personal information.
Non-necessary
Any cookies that may not be particularly necessary for the website to function and is used specifically to collect user personal data via analytics, ads, other embedded contents are termed as non-necessary cookies. It is mandatory to procure user consent prior to running these cookies on your website.
SAVE & ACCEPT